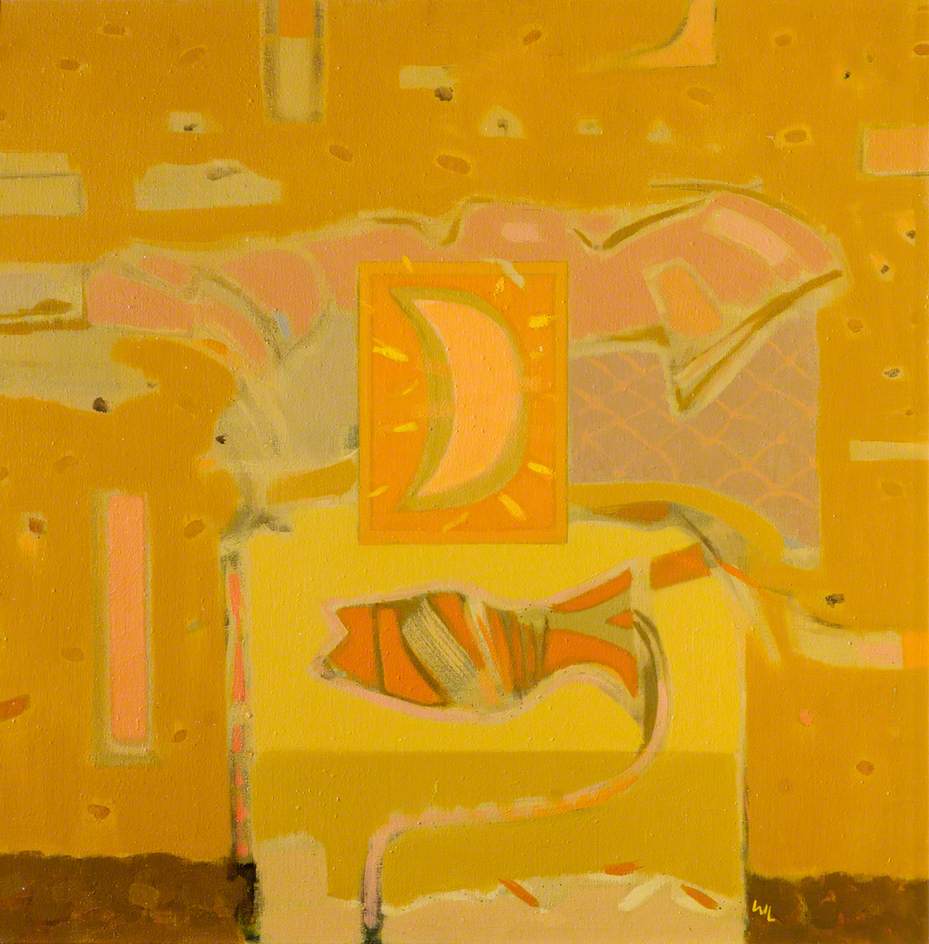 A skilled draughtsman, Littlejohn often worked with still-lifes and the landscape – often combining the two in interesting, ambiguous works.  The unique quality of light of the east coast of Scotland was a constant source of inspiration for Littlejohn, reflected in his close-tone, iridescent paintings – even his later abstractions.  Littlejohn’s well-known fascination for Japan and its art-forms proved significant to his own practice; the style of traditional Japanese painting and a flattening of space lending itself to his subjects.

William Littlejohn was born and raised in Arbroath and then studied art from 1946-50 at Gray’s School of Art, in Aberdeen.  Upon graduating, he continued to exhibit and make work whilst also teaching widely in the Angus area.  Eventually, Littlejohn joined the staff at Gray’s as a lecturer and head of painting. In 1972, he was appointed their head of fine art, retiring in 1991.