In Treasure Stacey Hunter will be exhibiting new pieces of work that explore the impression that Japanese design culture made on her during her two month residency in Tokyo and Arita in early 2019. Visitors will see traditional and contemporary Japanese design objects reinterpreted by the curator and will enjoy a special atmosphere of calmness and contemplation created with the use of carefully chosen plants and diffused scents.

“A trifecta of three ongoing preoccupations of mine came together during my time in Japan and Treasures shares my impressions in the context of my practice as a design curator. For some time now I have been drawn to investigating and exploring the idea of the souvenir, a design object with many rich associations and extremes. I am also attracted to the notion of amulets which are given out of love and friendship and Japanese ‘omamori’ purchased at shrines. Thirdly, as a curator, I am preoccupied with order, classification, meaning, definitions and rituals.”

Hunter will show four silk scarves printed with a variety of objects collected from her journeys around Japan from open-air markets to shrines. The first (and largest) depicts items of blue and white porcelain – some found, some given and some hand-painted during her internship in porcelain factory kiln in Arita; the second depicts tableware and food related items and explores ‘kawai’; the third is an arrangements of various ‘omamori’ from Tokyo, Dazifu, Arita and Nara; the fourth celebrates the notion of ‘Mingei’ and includes a small paper decoration by Sori Yanagi.  Furthermore, three small cast bronze objects will be manufactured and displayed. These will explore the impermanence of memory and souvenirs by casting paper mâché  omamori animals in red, silver and gold solid bronze.   Lastly, Hunter will create small plaster casts of her designed objects for visitors to handle and to wrap in a variety of cloths according to the tradition of Japanese ‘Furoshiki’. They can then place these within the space according to their own sense of order and in a way that pleases them. In this way visitors can take a moment to participate in the thoughts of a curator and become a part of the exhibition themselves. Working exhibition images are as follows.

Kawaii  is the culture of cuteness in Japan, referring to items, humans and nonhumans.

Omamori are Japanese amulets sold at Shintoshrines and Buddhist temples. 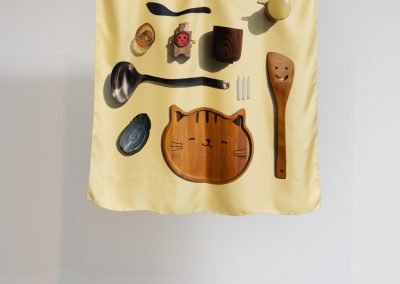 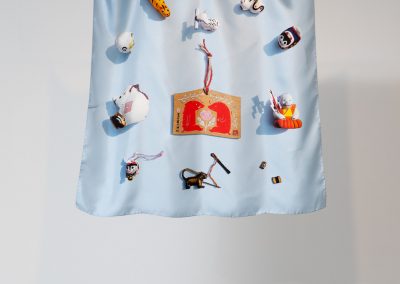 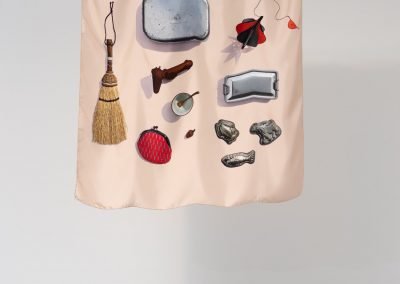 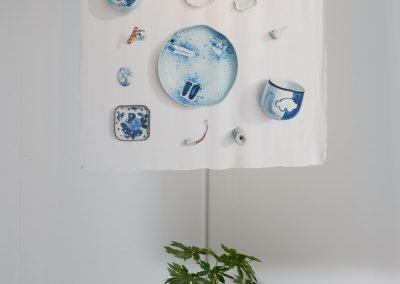 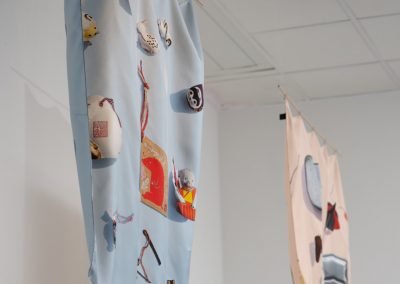 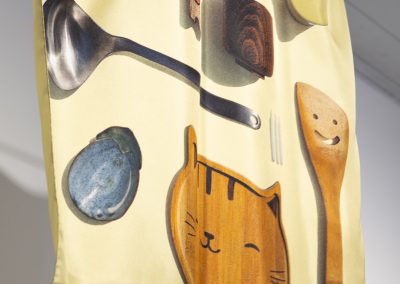 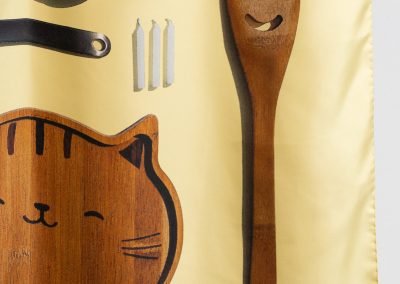 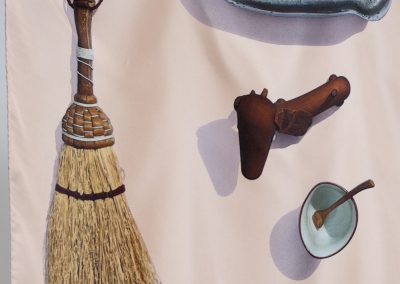 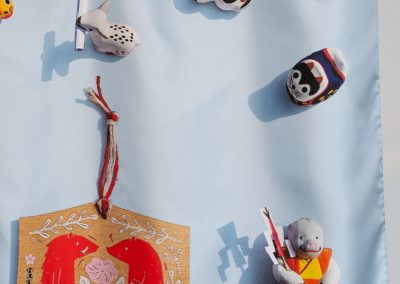 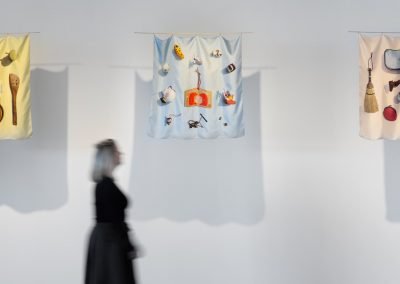 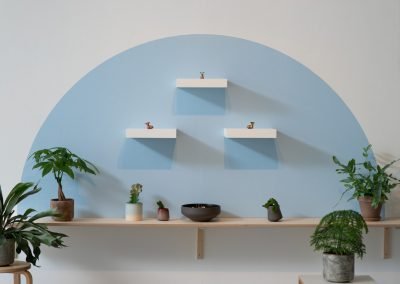 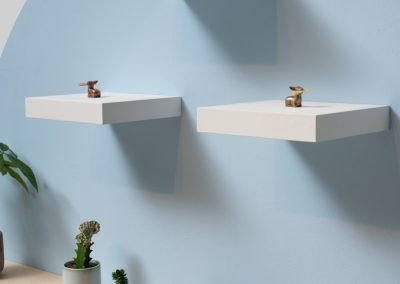 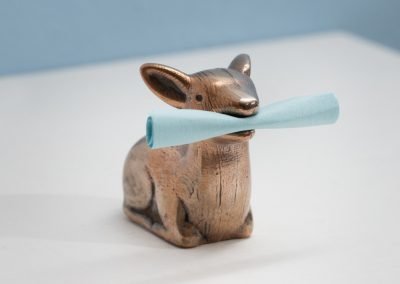 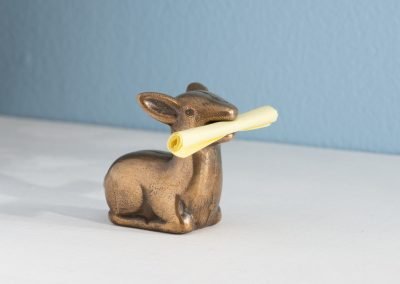 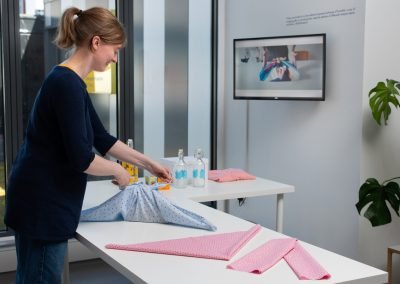 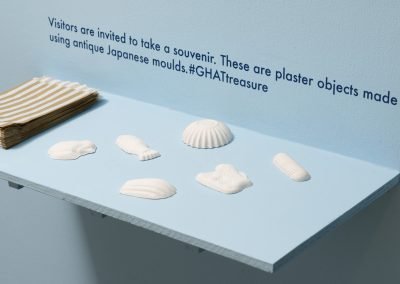 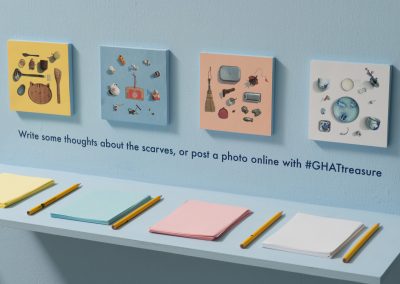 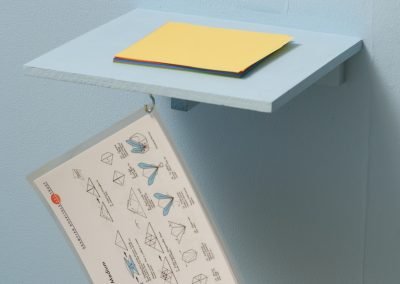 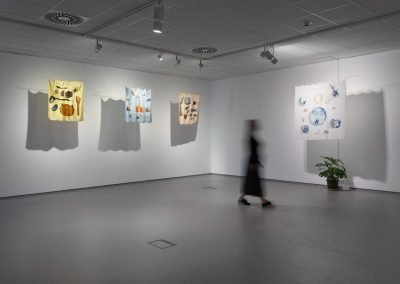 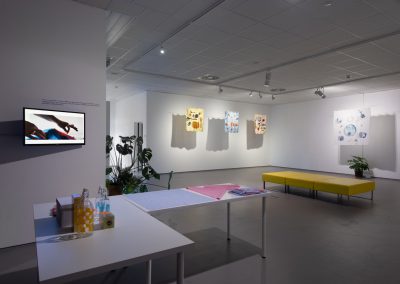 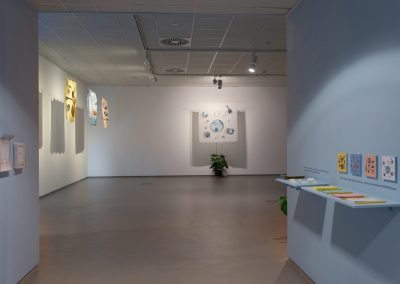 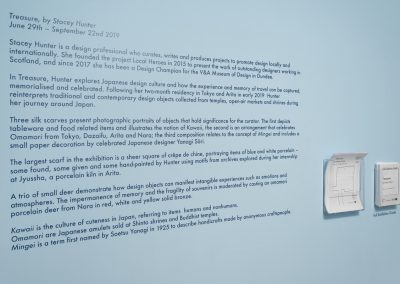