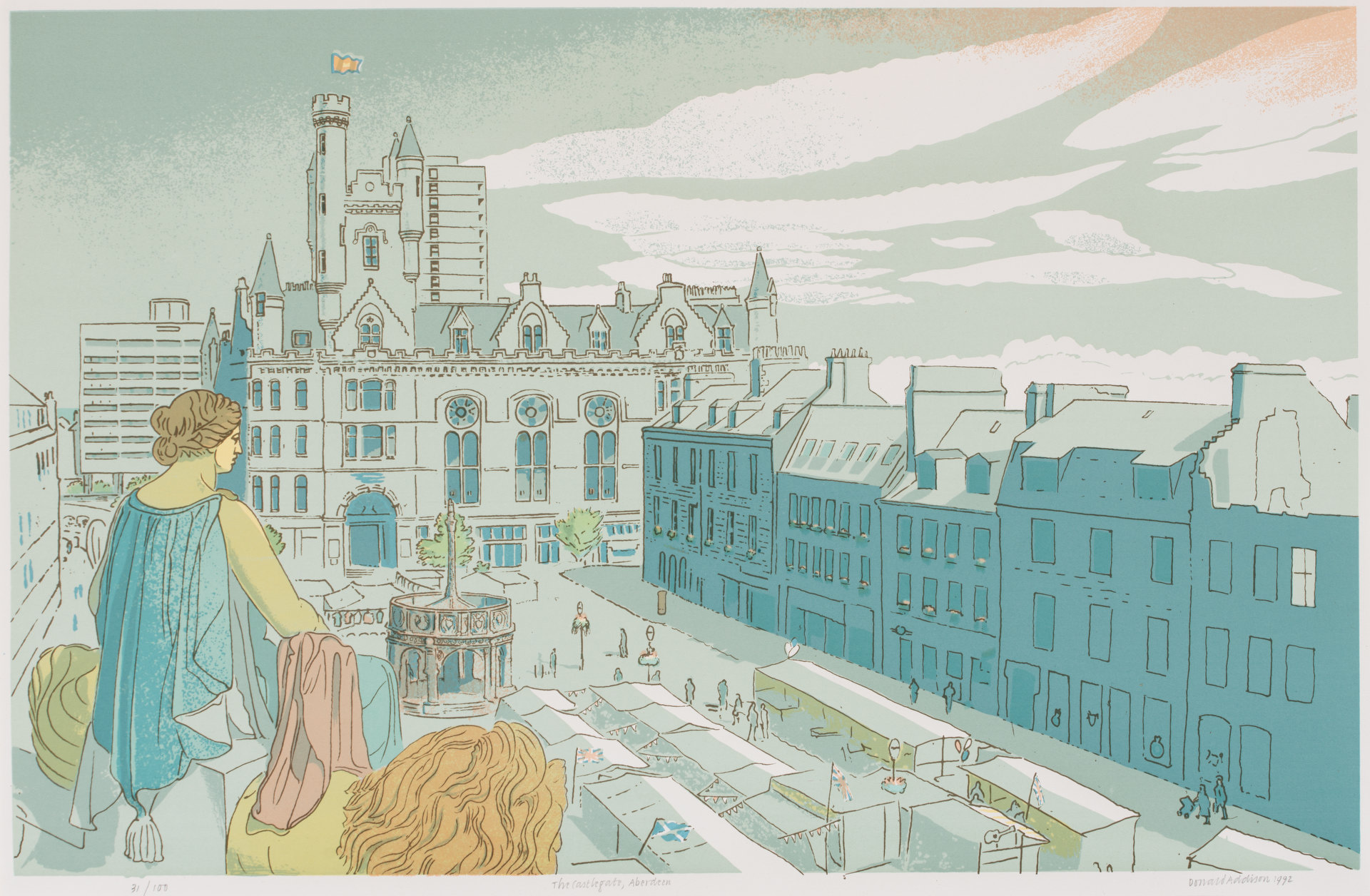 Rosie Leavitt, one of our Shared Collective Heritage volunteers, has been looking at artworks we’ve recently digitised that focus on specific areas of Aberdeen City. This time Rosie has chosen ‘The Castlegate’ by Donald Addison from which to draw inspiration.

“The open pedestrian space that is the Castlegate is situated at one of the oldest parts of Aberdeen City Centre, at the lower end of Union Street.  (And yes there used to be a castle just behind it, hence it’s name.) I t is always the site of Aberdeen’s civic Christmas tree though normally it is dominated by the stunning granite building that is the Salvation Army’s Citadel.  It is said that the design was based on Balmoral Castle to make sure that the City Fathers could not refuse to give planning permission!

Many photographs have been taken over the years of the view from the Castlegate looking up Union Street.  However Donald Addison’s screen print The Castlegate, on view in the Sutties Art Space at Aberdeen Royal Infirmary, caught my eye as I tried to work out from where we are viewing the city centre.  At first I thought we must be on top of the Citadel – until I realised that we can actually see its roof!  I came to the conclusion that we are actually even higher at the top of Virginia Court , the block of high-rise flats near the top of the Beach Boulevard.

Rooftop views of a city like this always fascinate me as you see details that are not visible from the ground.  Next time you find yourself on the top floor on one of Aberdeen’s multi-storey car parks, have a look and see the city from a new and unusual angle!“