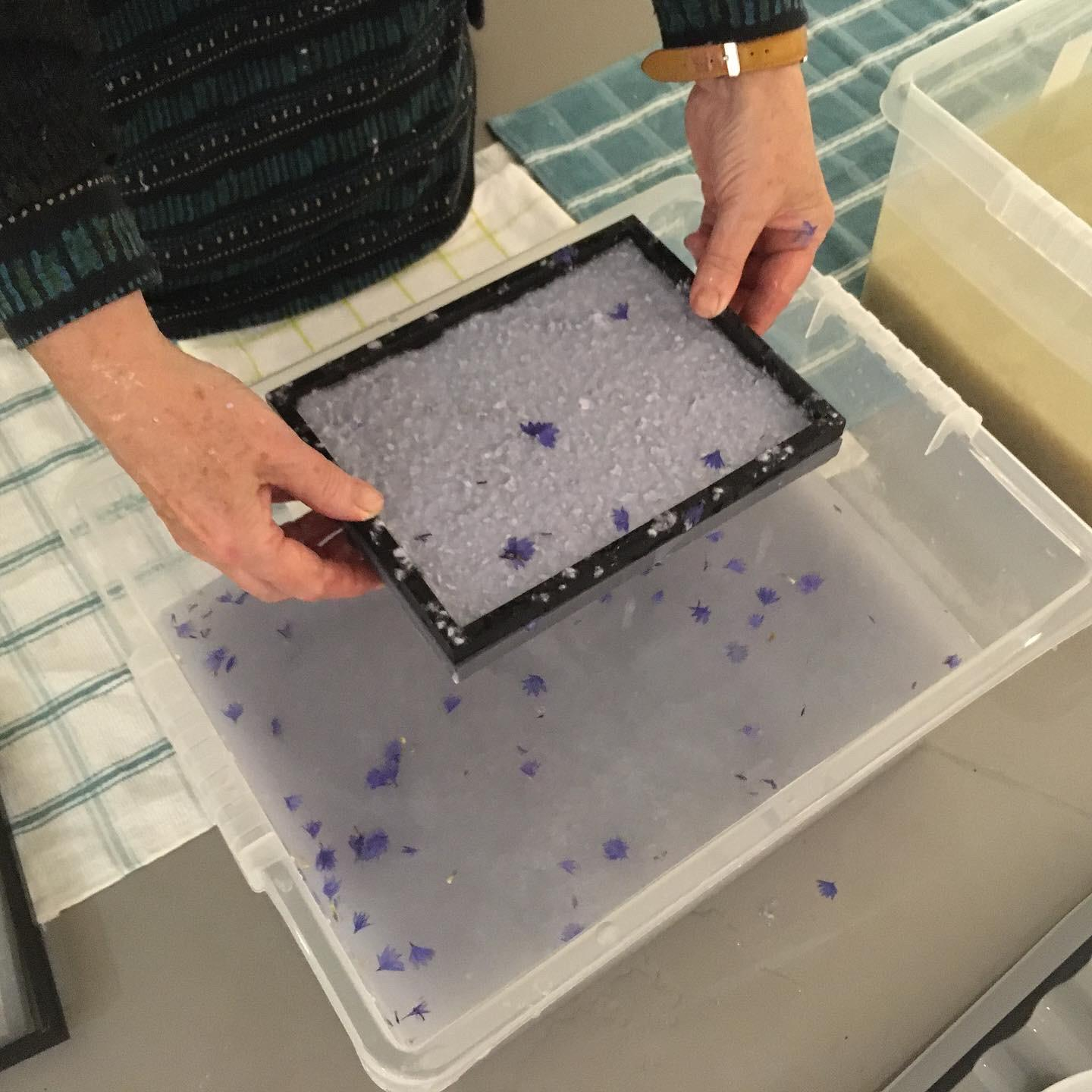 It was great to see all the examples of work produced by Donna Briggs papermaking workshop participants.

The workshop took inspiration from Kim Welch’s work in ‘Sounding Boards and Landing Boards’, and the garden project which is currently underway at Inverurie Hospital where artist Paula Thompson is working with Garioch Heritage Centre to explore the connection between the town and the historic paper mill.

Inverurie paper mill can be traced back to the direct ancestors of the Tait family who, around 1650, built a Dam and Tail Race to the River Don, to provide power for a meal mill located in Port Elphinstone. Before building the paper mill, the Tait family were farmers who traded in timber and grain. In the 1800s the family were instrumental in the construction of a canal between Aberdeen and Inverurie, The terminus of the new canal became the village of Port Elphinstone. The railway was then built and as compensation for acquiring large amounts of land along the route of the canal, the Taits received a sufficient amount of money to enable the opening of the paper mill in 1852.

As well as the traditional use of timber in the papermaking process, Inverurie Paper Mill used Esparto grass imported from Spain and Africa from 1918-1972 (except for the Second World War) as their main material in the manufacture of paper. The new garden in Inverurie Hospital will incorporate these elements and some of the manufacturing processes to reflect the historic link to the town.

Donna Briggs studied printmaking at Gray’s School of Art and graduated from Robert Gordon University in 2006 with a BA (Hons) in fine Art – Printmaking. Since then she has exhibited artwork in both open exhibitions and solo shows and has completed commissioned work for Aberdeen City-based businesses.

Donna won a Purchase Prize in 2008 and was later commissioned by Grampian Hospitals Art Trust to make site-specific work for a reminiscence room in Aberdeen Royal Infirmary. Since 2008, Donna has been working as an Artist for the Artroom project at Roxburghe House. 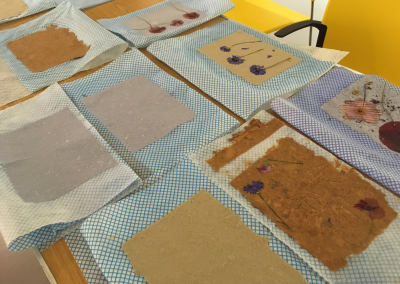 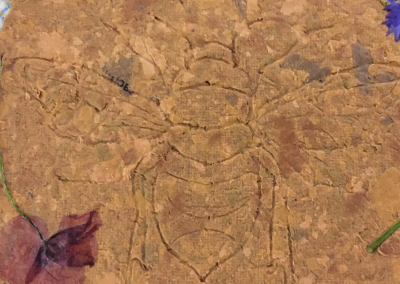 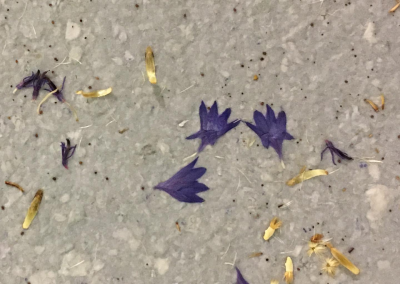 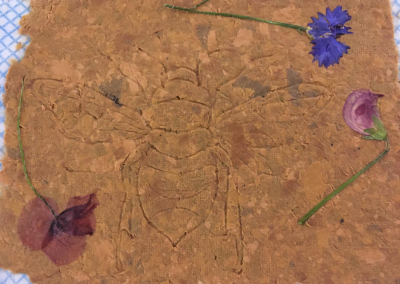 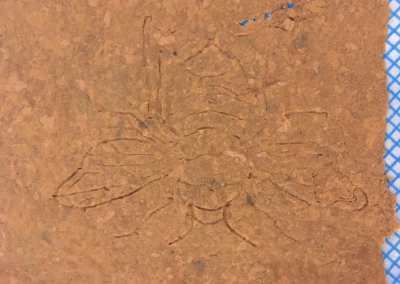 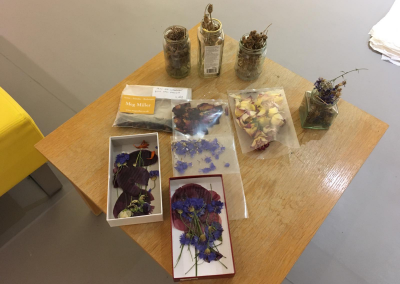 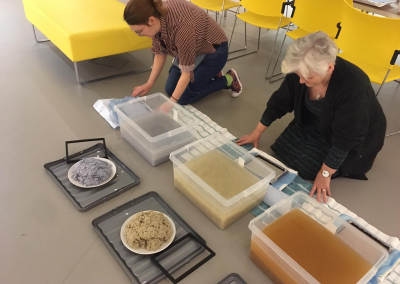 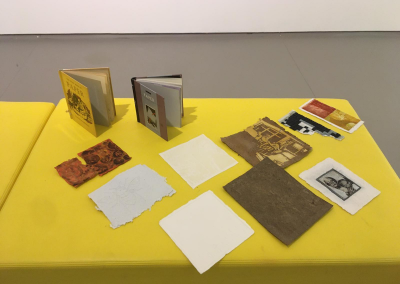 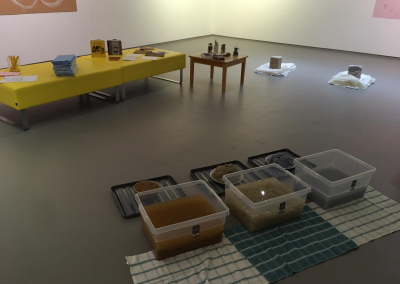 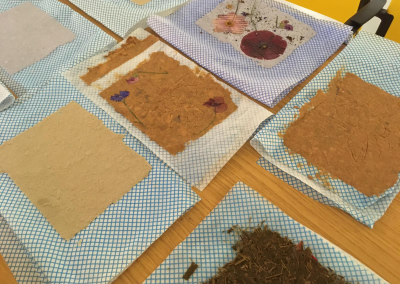 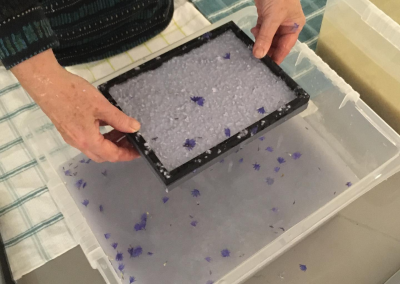 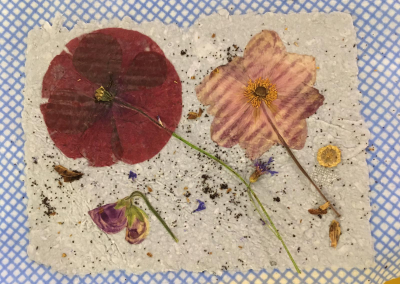 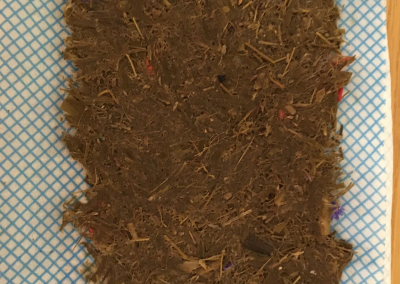 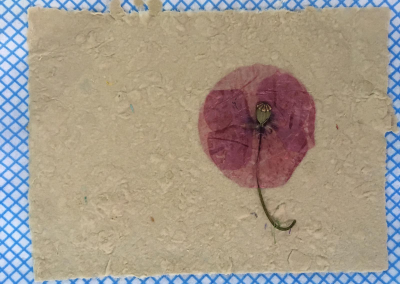 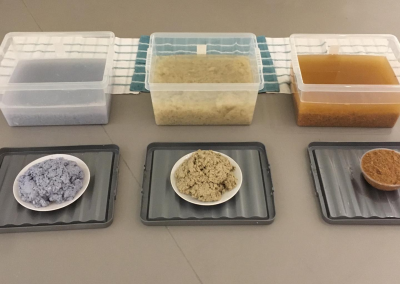 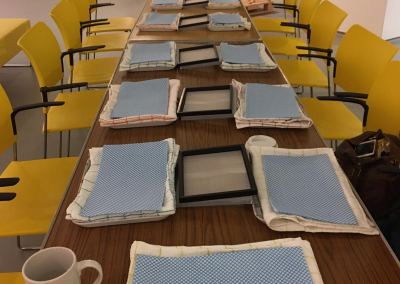 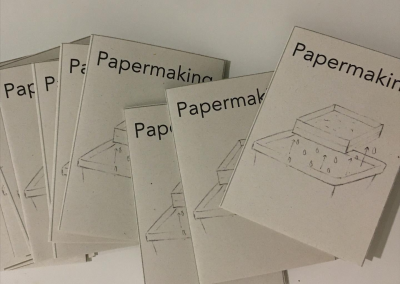 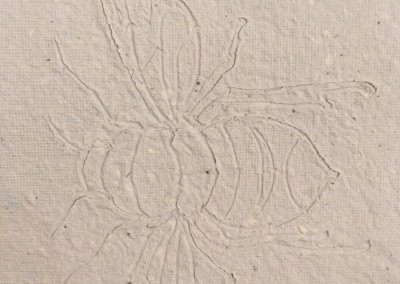 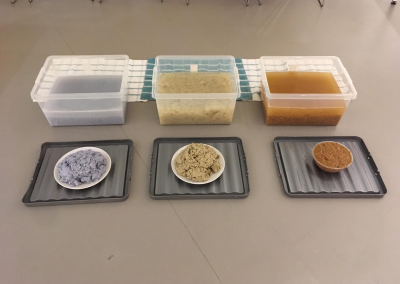 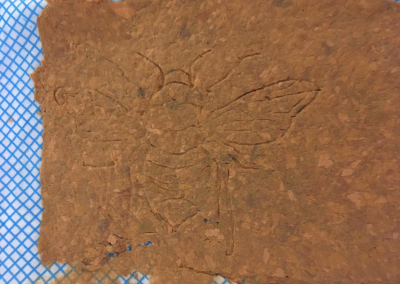 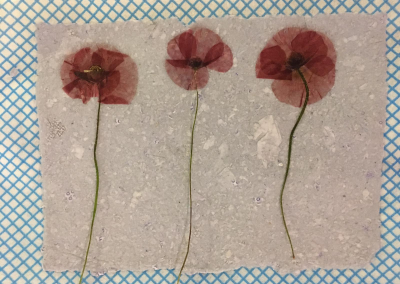