Photographers Icarus Owen and Douglas Weir have been working in collaboration for the last two years. Through a mutual respect for the coastal landscape they decided in 2016-2017 to focus their efforts on the North East in a bid to capture a different side to the rugged coastline. They hope that this will encourage the viewer to consider some well known locations in a different light as well as introduce people to locations and areas they may well never have known existed until now.

A mixture of long exposure and other camera techniques are used to convey the different moods throughout the year along this particular section of the Scottish coastline. Long exposures are employed to present a sense of abnormality to an otherwise everyday scene.

Photography is used to portray a point in time, a ‘snap shot’, but with long exposures the passage of time can be shown – this lends a sense of movement to each image. Long exposures can also be used to convey a sense of calm and tranquility to what would otherwise be an energetic subject – presenting the familiar, the everyday, in a thought provoking way. 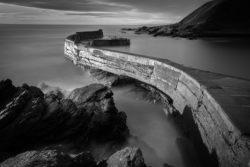 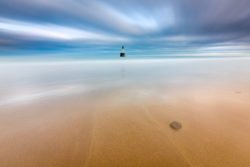