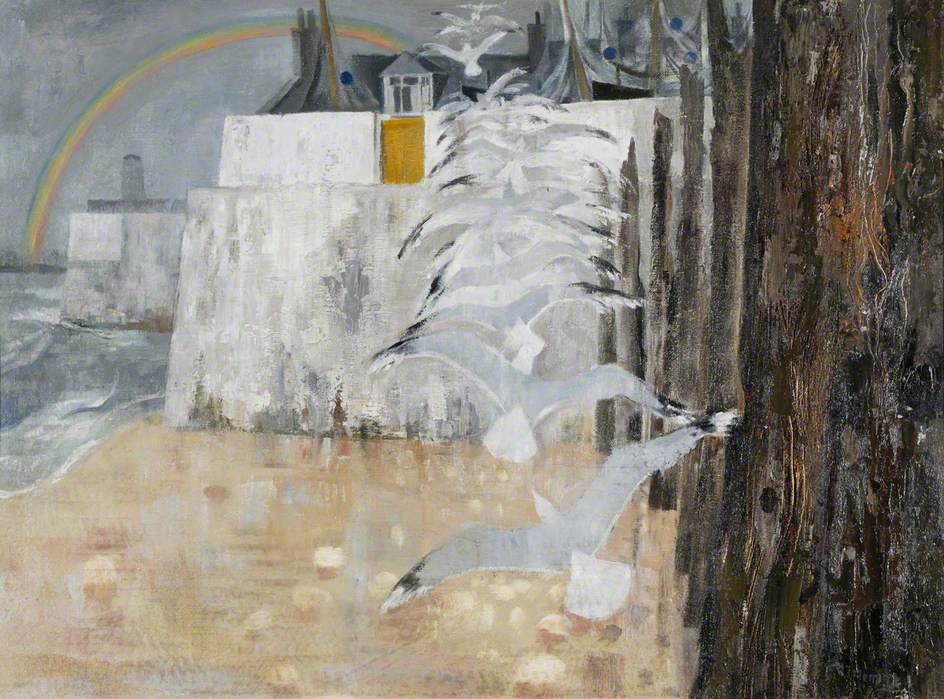 Ian Fleming played an important role in the Scottish art world, contributing with his own influential practice and a lifetime of teaching.   He was born in Glasgow and studied at Glasgow School of Art, developing his work as a painter whilst also becoming interested in etching.  Soon after graduating, Fleming joined the painting staff at Glasgow for many years.  In 1954, he moved to Aberdeen, as Principal of Gray’s School of Art.

Fleming’s work is characterised by the particular focus on composition which is evident in his work through all genres.  Often painting the local countryside or coastline, he would occasionally delve into a type of landscape painting which borders on abstraction.  Fleming was also a very talented portraitist.

Ian Fleming was a member of several exhibiting societies and became the Royal Scottish Academy’s longest established member.  Shortly after arriving in Aberdeen he played the key role in the revival of the Aberdeen Artists’ Society, which had lain moribund since 1939. Its annual exhibition has since flourished as a leading event in Aberdeen Art Gallery’s calendar.  After retiring in 1971 he became the enthusiastic Founder and Chairman of Artspace and Peacock Printmakers.