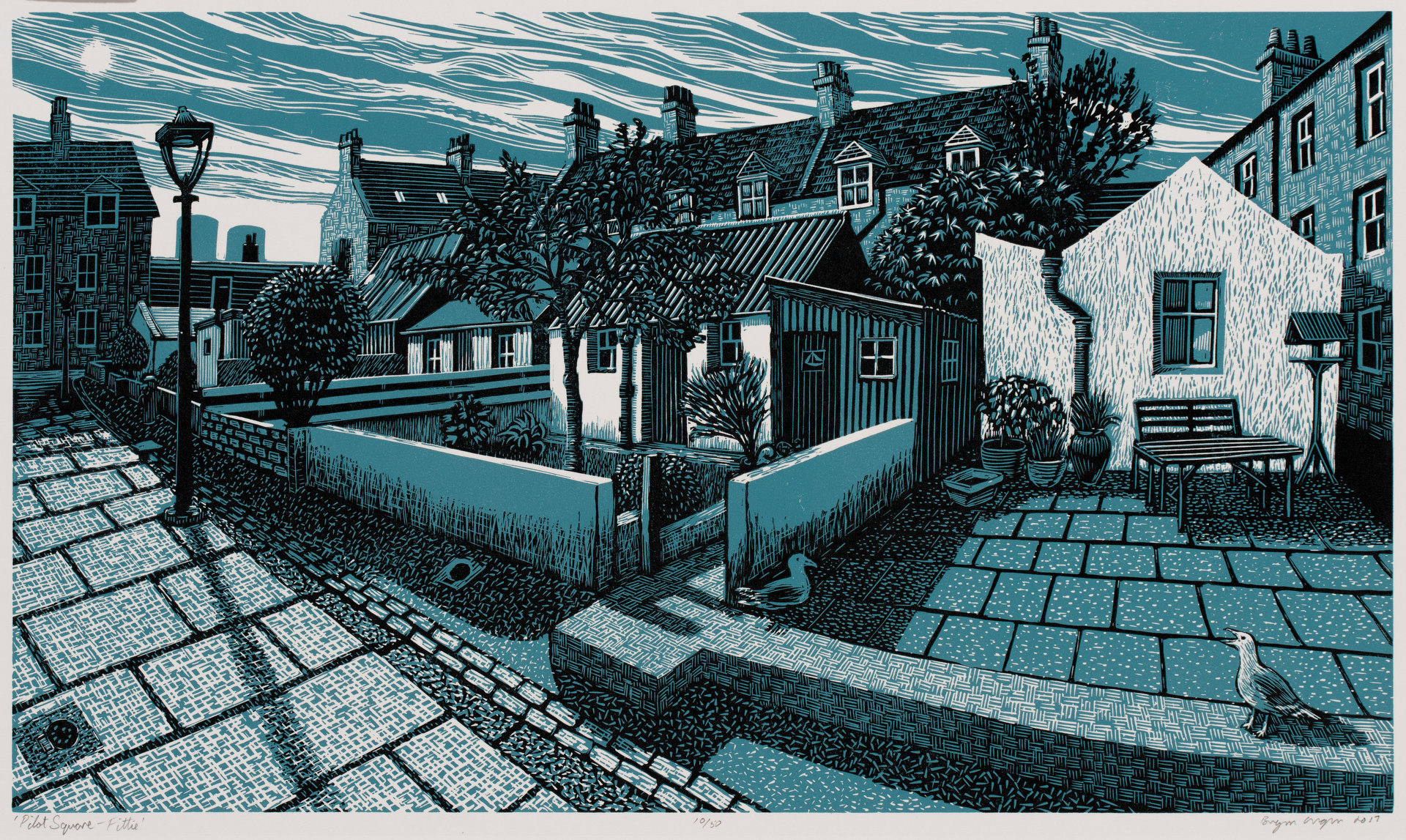 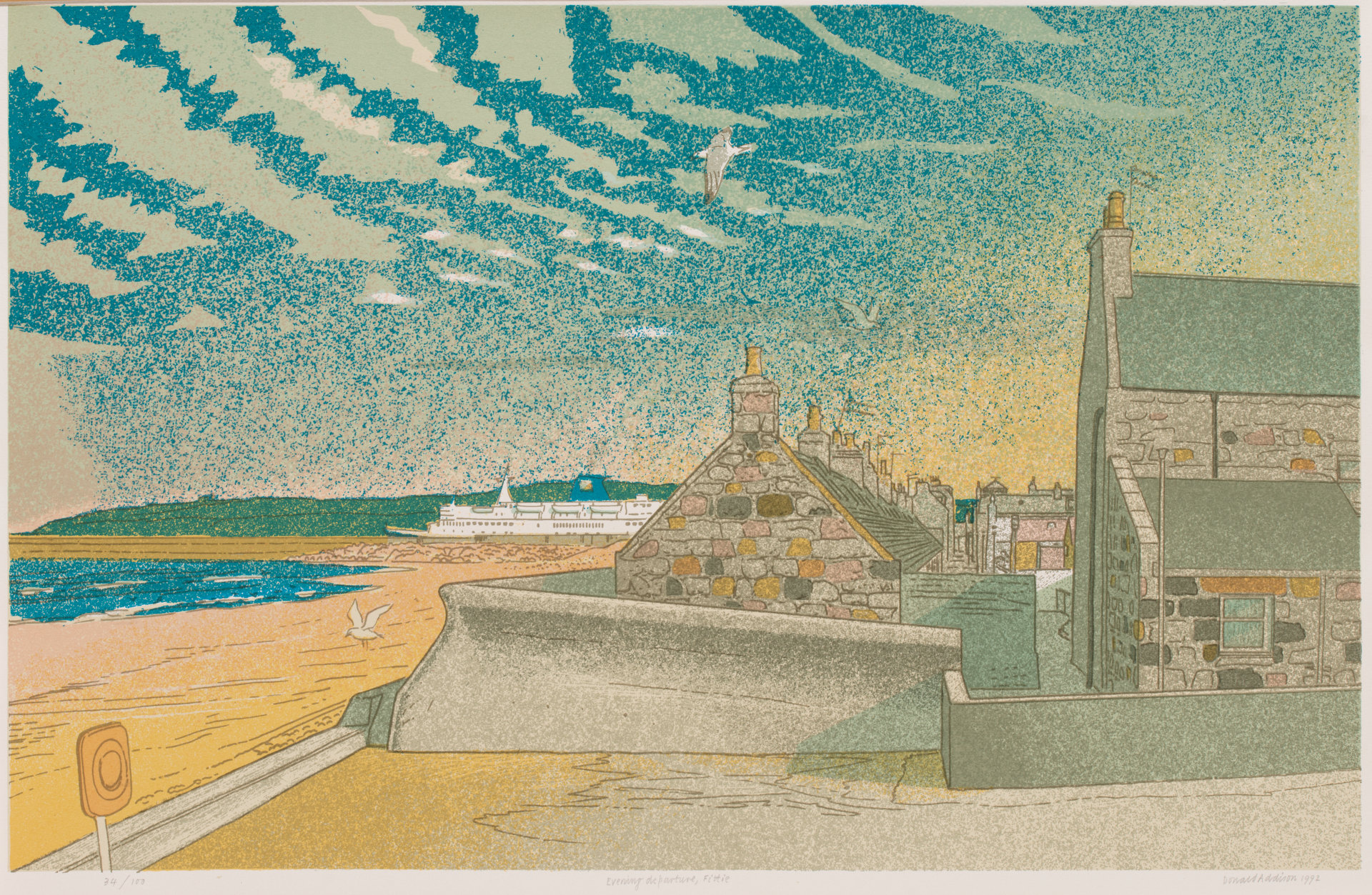 Rosie Leavitt, one of our Shared Collective Heritage volunteers, has been looking at artworks we’ve recently digitised that focus on specific areas of Aberdeen City, and has chosen the two works ‘Pilot Square’ by Bryan Angus, and ‘Evening Departure, Fittie’, by Donald Addison from which to draw inspiration.

“Here are two views of one of the quaintest and most photogenic parts of Aberdeen – Footdee pronounced Fittie. Both are on show at The Suttie Art Space at Aberdeen Royal Infirmary.

Footdee is the old fishing village sited well away from the city centre at the mouth of the harbour and is surrounded by the River Dee, the North Sea and the beach.

Bryan Angus’s lino print features Pilot Square, one of the focal points of Footdee. He clearly shows the houses, some one storey, some taller, but all facing inwards, as a protection from the North Sea gales, and the little tar-covered sheds, probably originally used to store nets. He’s also included two gulls the most common birds to be found in Aberdeen and not always the most popular with local residents1

Donald Addison’s screenprint Evening Departure, Fittie has a slightly different vantage point, just outside Footdee itself, looking towards the harbour mouth. He too has included another gull flying over the roof tops.

I liked these two complementary views because although at first glance they are all about an old historic setting if you look carefully, you will see glimpses of modern Aberdeen. In Bryan Angus’s linoprint, you can just see peeping above the rooftops two of the tall silos to be found in the harbour. They are a reminder of Aberdeen’s links with the oil industry.

In Donald Addison’s screenprint, the Evening Departure of the title refers to the sleek modern ferry which you can see leaving the harbour and whose daily service links North East Scotland with Orkney and Shetland.

Did you know that one theory (of several) about Footdee’s name is that it was named after St Fittick, a mediaeval saint who travelled from France to Nigg and who is the patron saint of gardeners?”