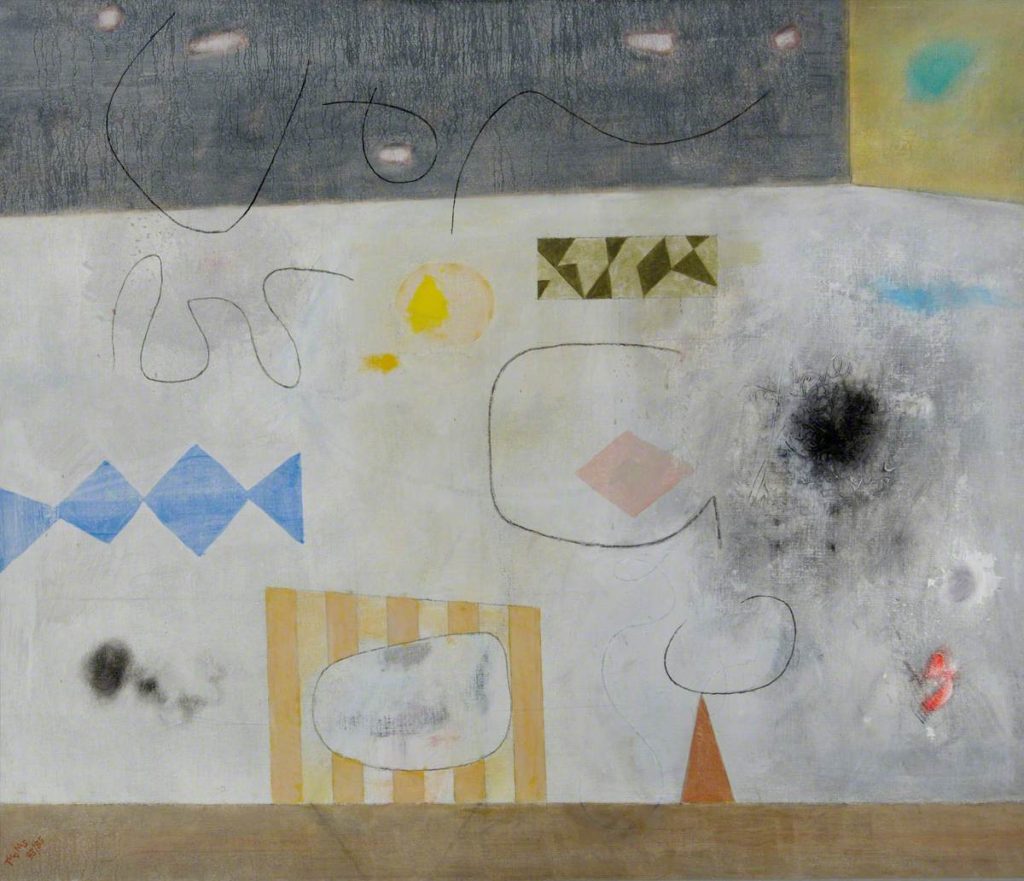 Thoms had a long teaching career.  After retiring, he becoming increasingly known for his witty and inventive abstract paintings, collages and prints; Thoms had an intuitive approach to his work, and created a colourful and poetic dream world.

As a full-time teacher at Gray’s School of Art in Aberdeen from 1951 to 1976, he was an influence on several generations of Scottish artists, including Will MacLean, Moira Maitland, Alexander Fraser, Ian McKenzie Smith and Joyce Cairns