Chalmers Hospital in Banff underwent a major refurbishment in 2012. A result of which, GHAT was approached by Friends of Chalmers to work with them on the new entrance and and 2 of the ground floor wards. Lynne Strachan, from Curious Cranberry, was commissioned as the Lead Artist to coordinate the project. Alongside Friends of Chalmers, Lynne worked with local community groups, 2 local artists and poet.

Local poet Margot Henderson worked with local community groups to create a series of poems that could be placed in various places throughout the wards and entrance area.

Sculptor Mary Bourne concentrated on the outside of the hospital, specifically the area leading to the new entrance. She created a  a series of sculptures made from Caithness flagstone and Clashach sandstone, one of which that could also be used as seating, Mary incorporated some of the poetry Margot had created, by craving it into the Caithness stone.

Photographer Nicole Gildea, worked with residents of the local community and NHSG staff to take photographs of Banff and it’s coastline. Lynne used the images from these workshops to create a series of wall mounted ceramic artworks, which were hung. alongside framed images and works printed onto acrylic.

Lynne worked on the final part of the project herself which was to design a child friendly space in the waiting area. 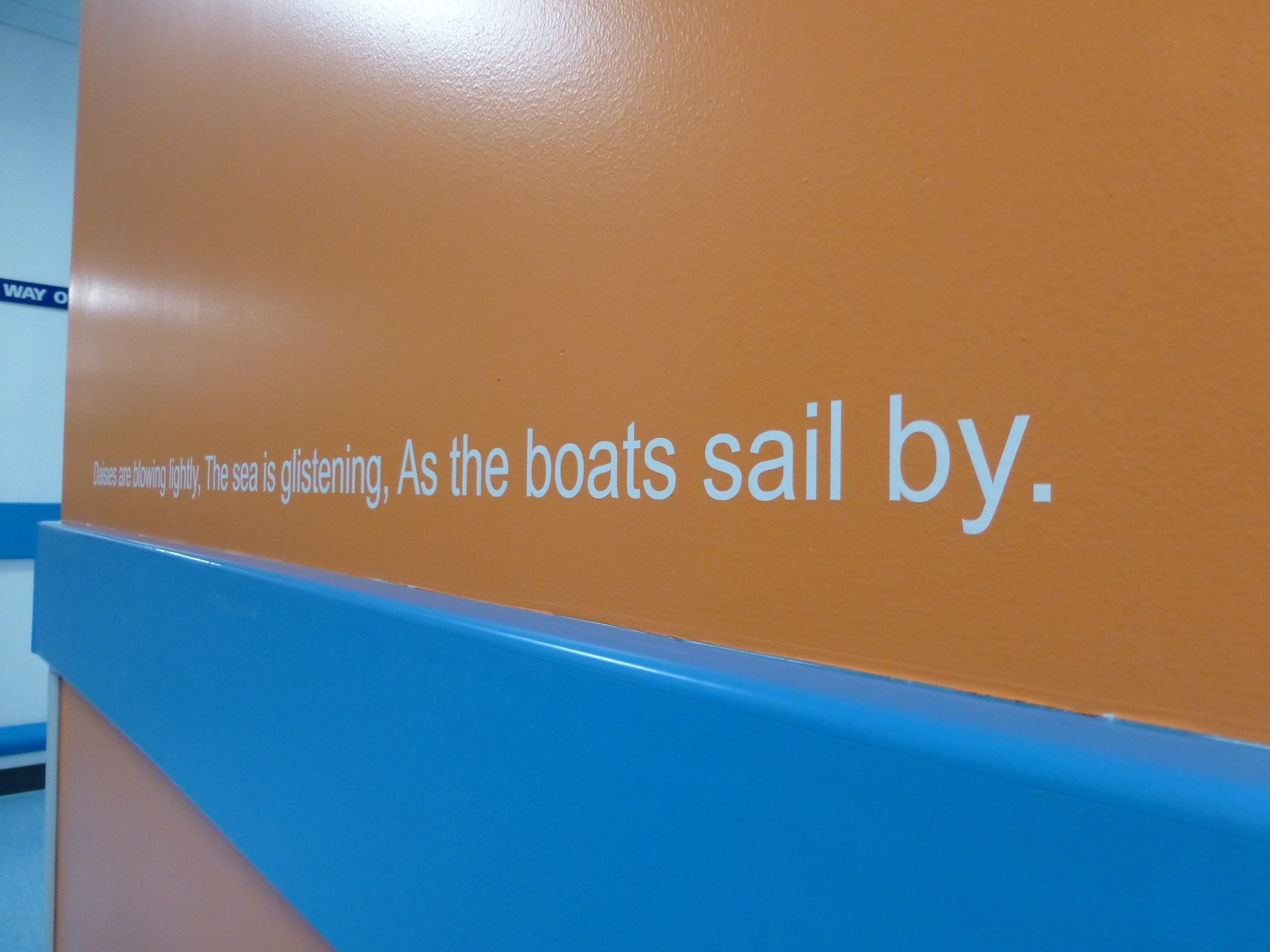 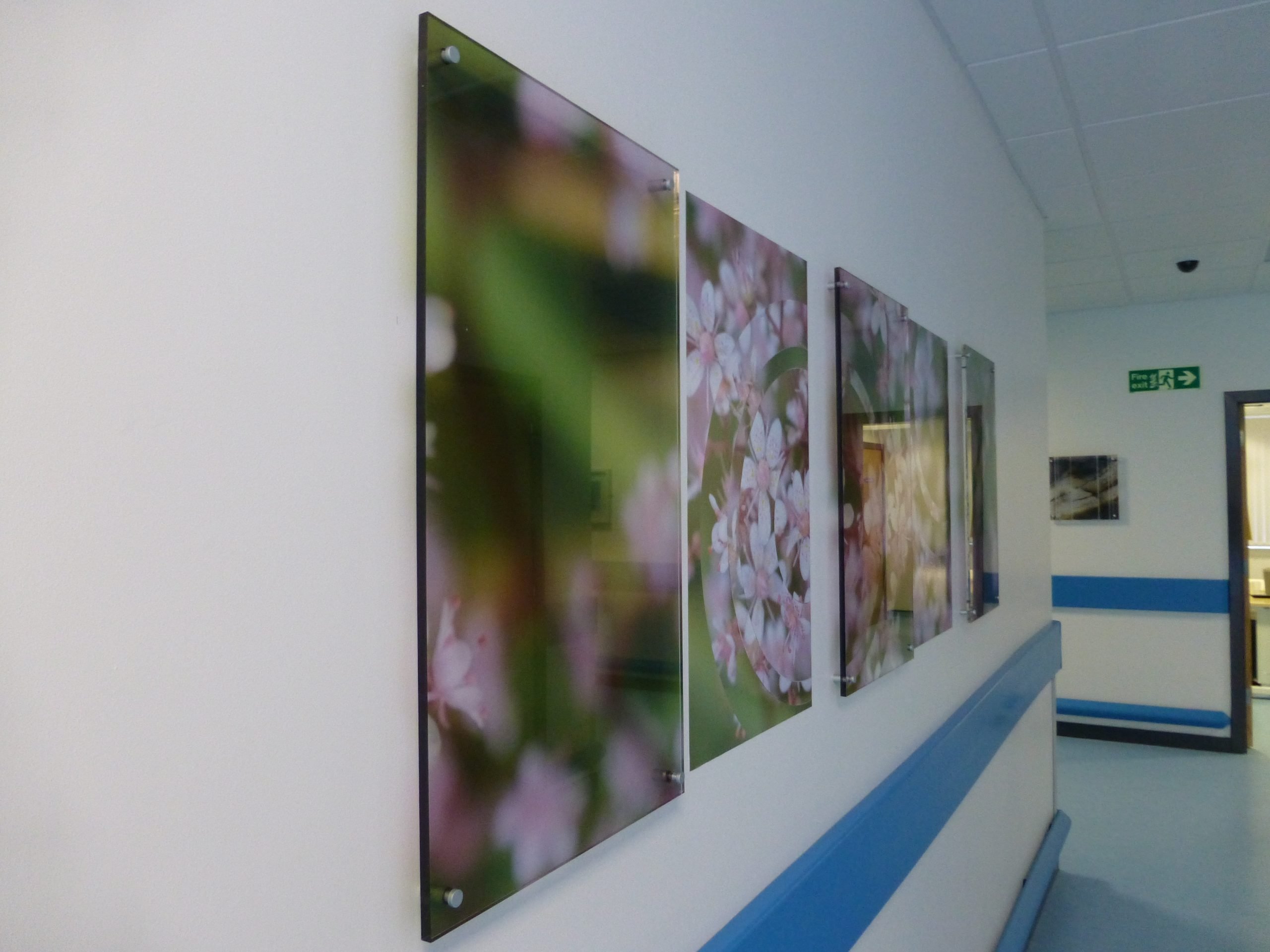 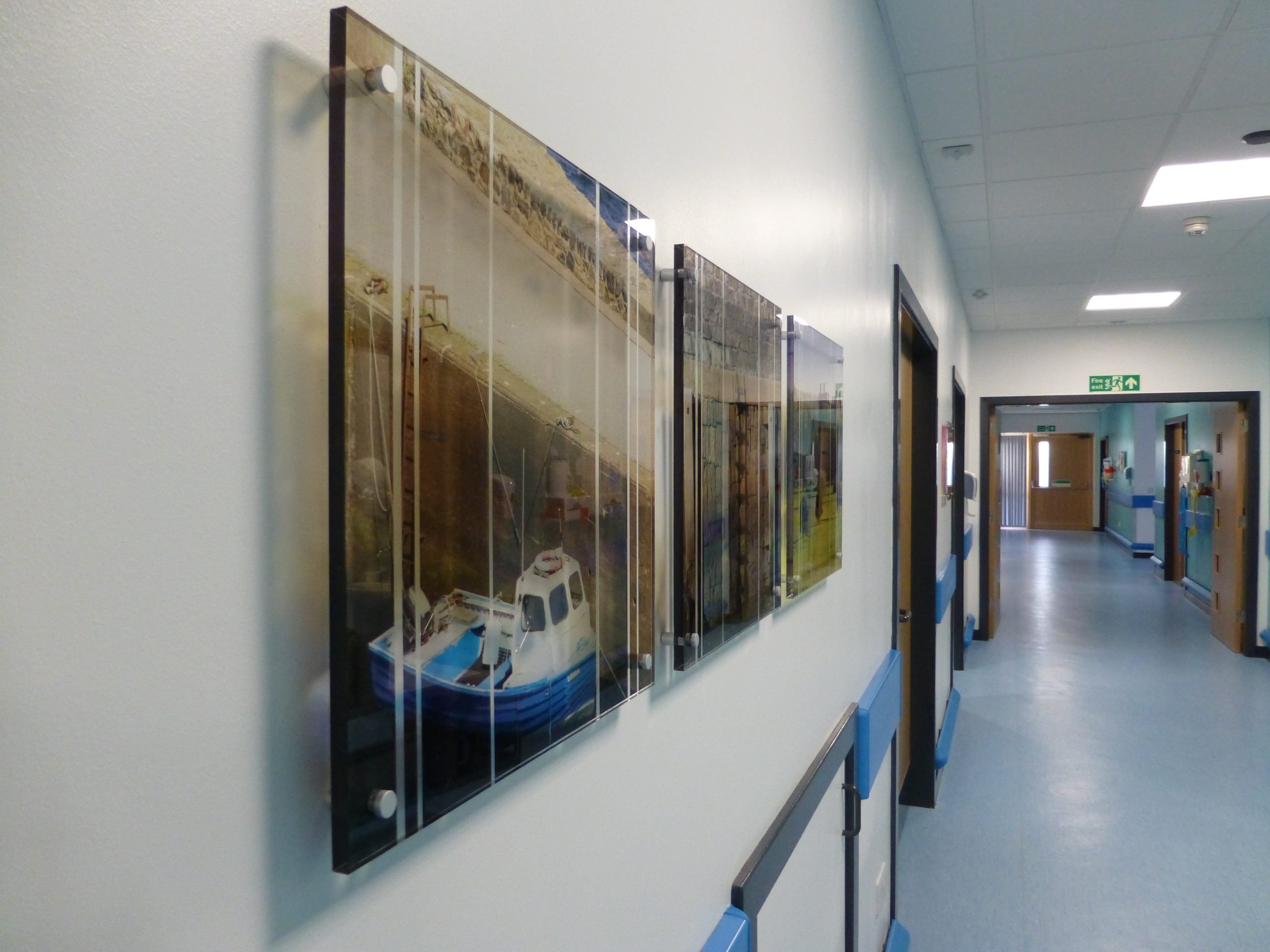 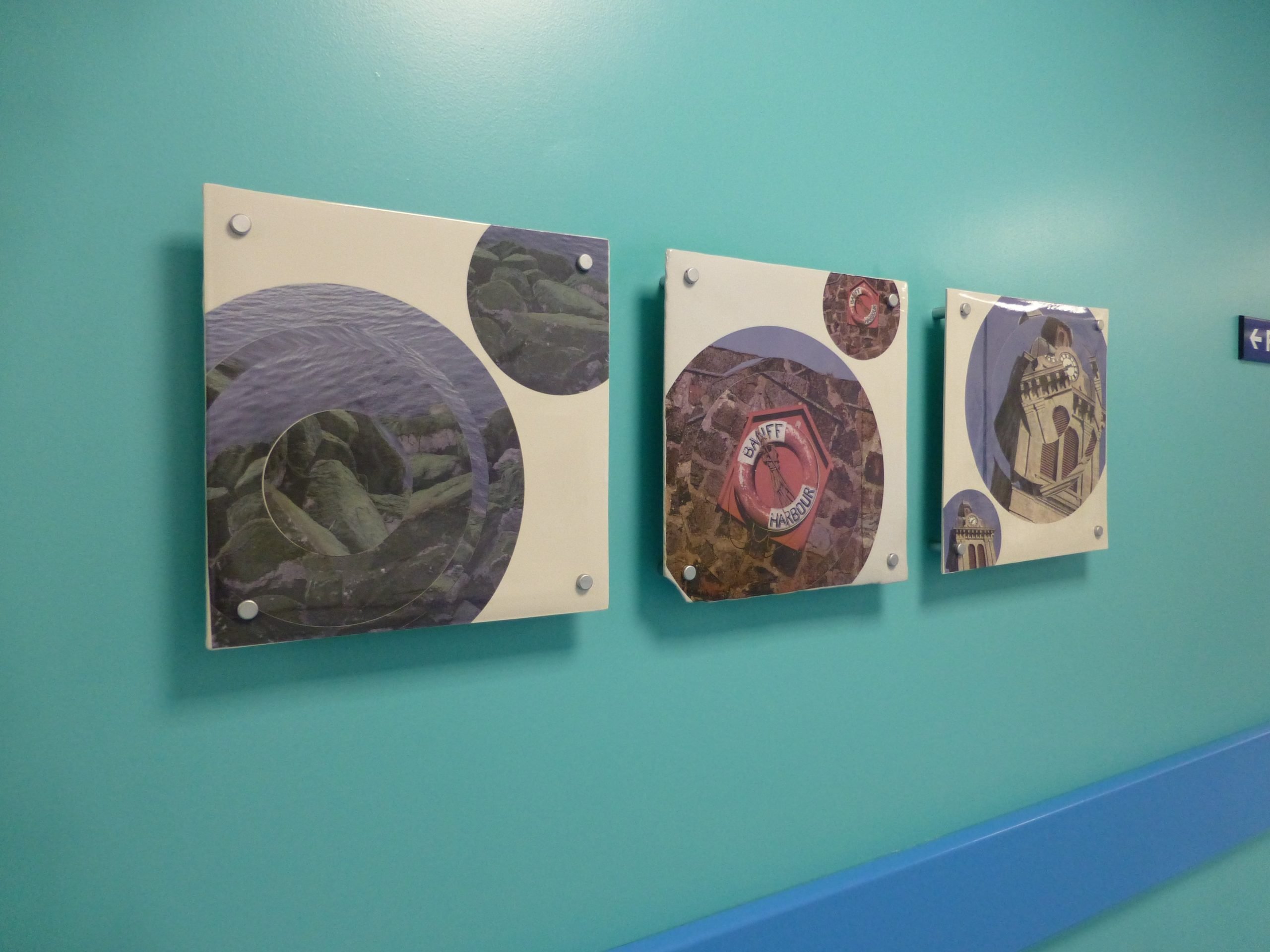 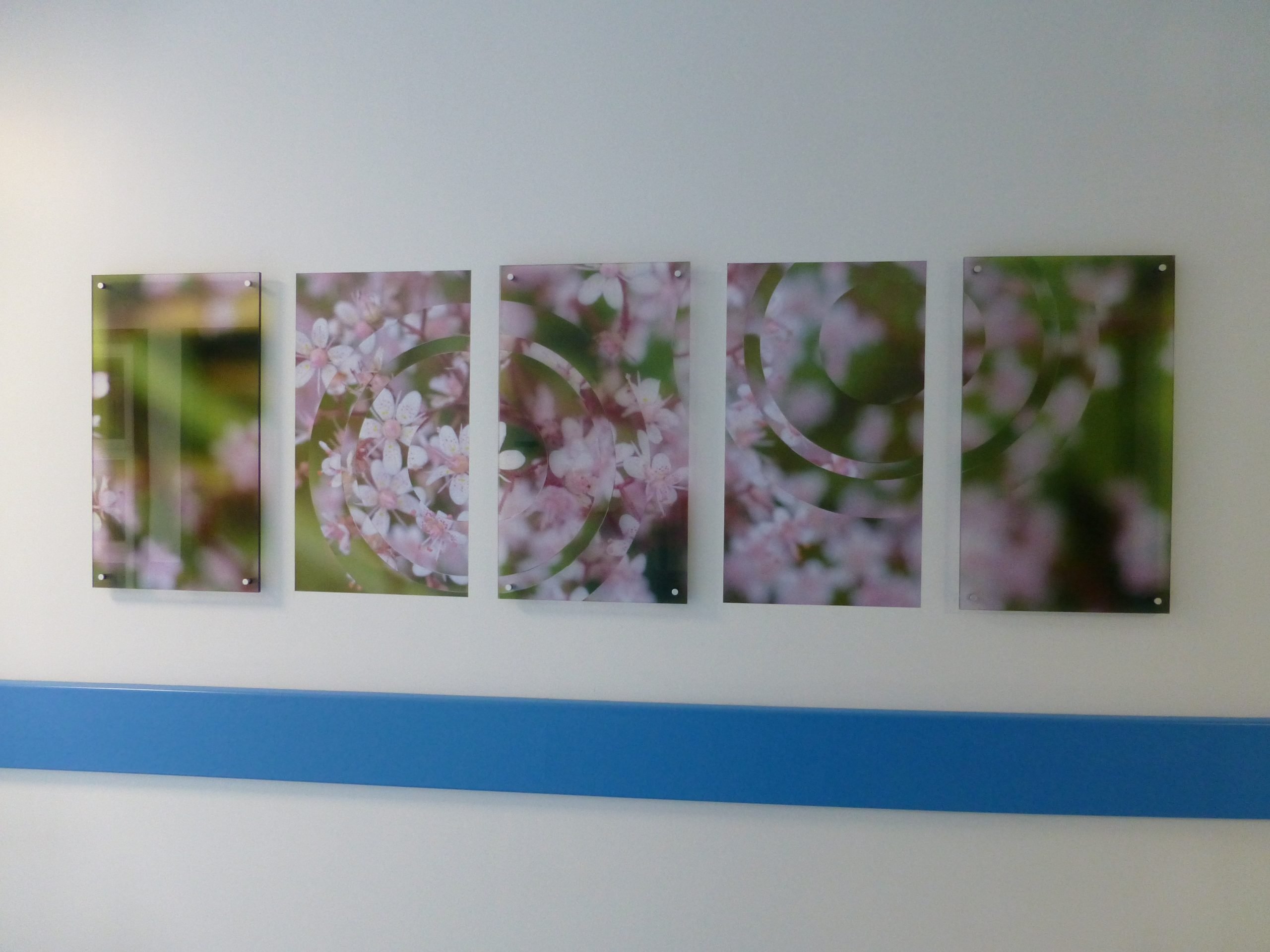 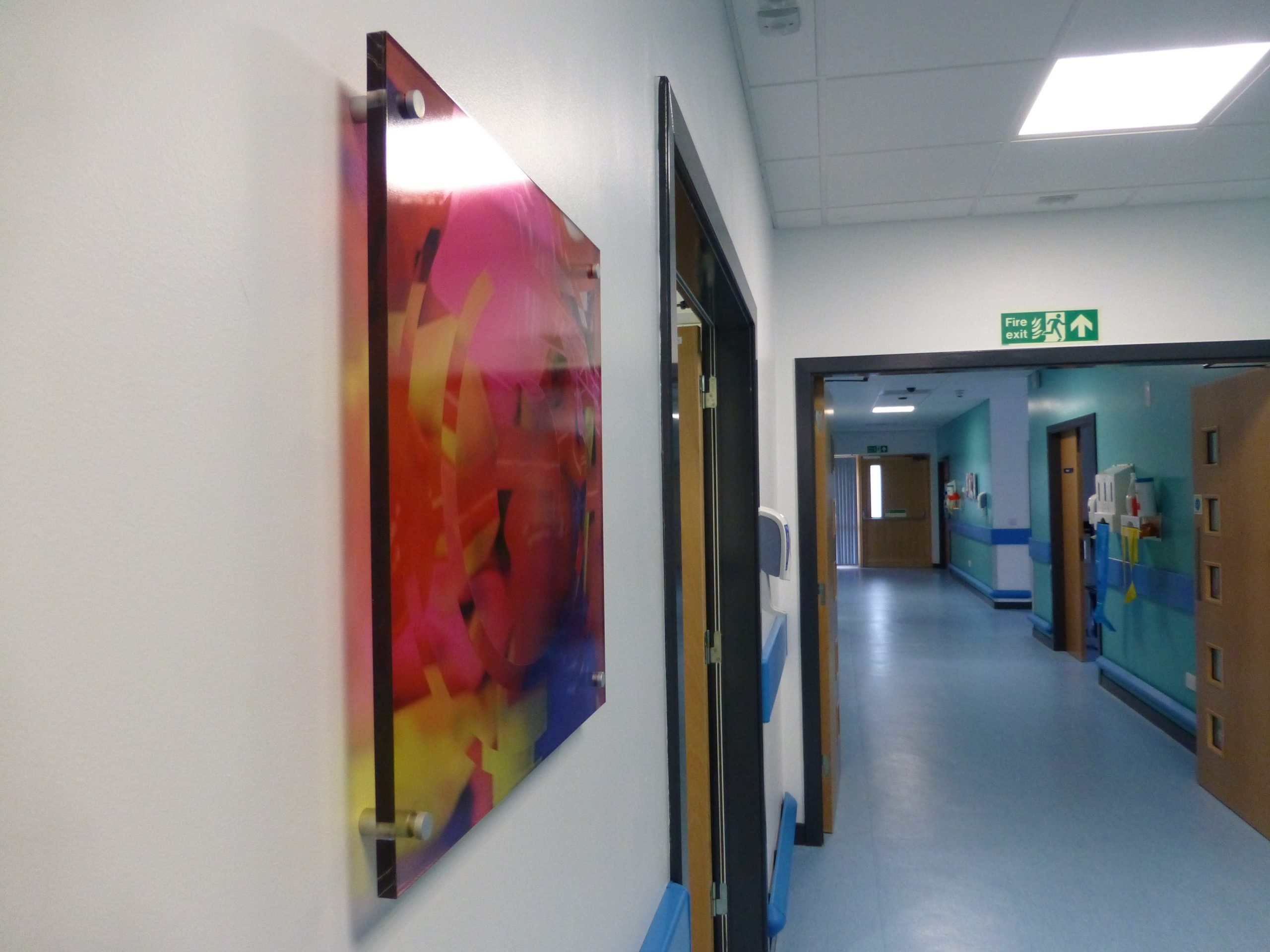 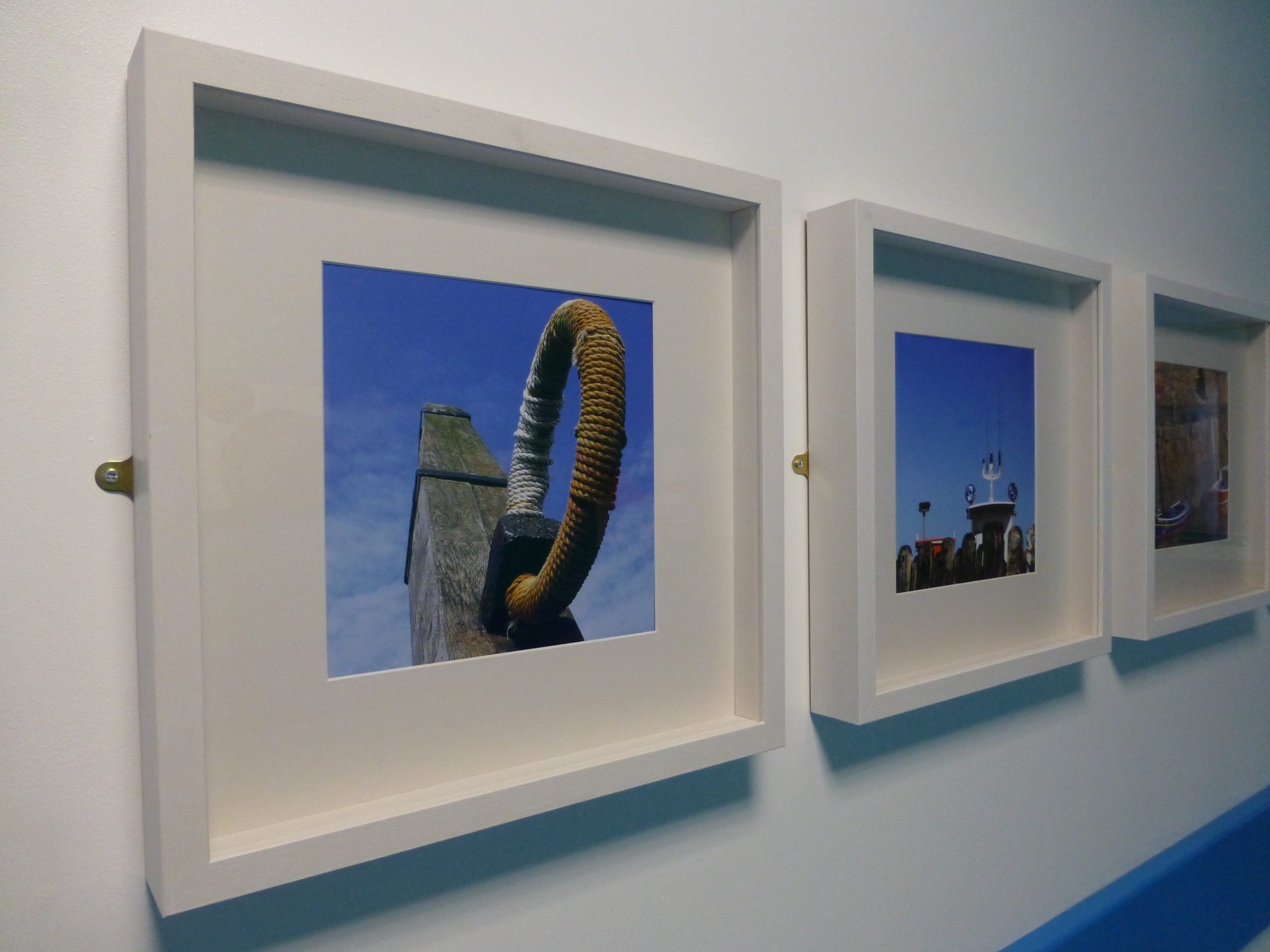 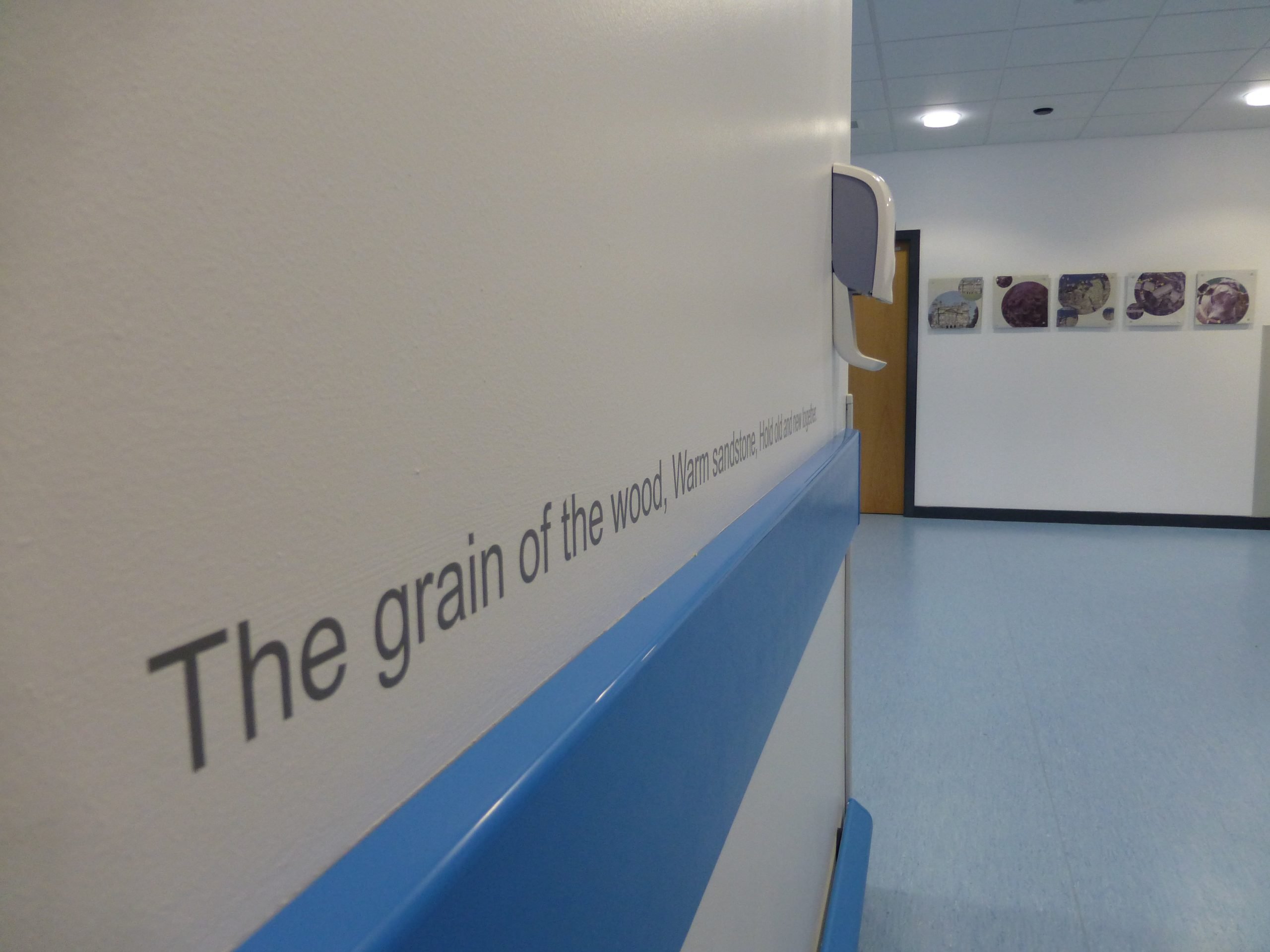 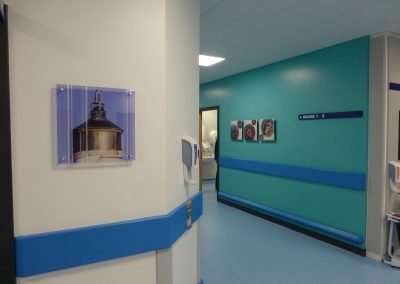 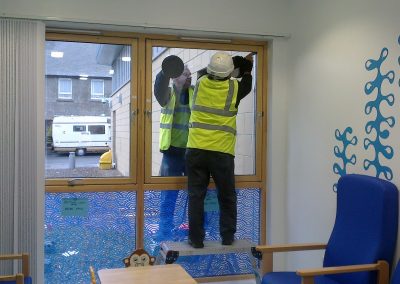 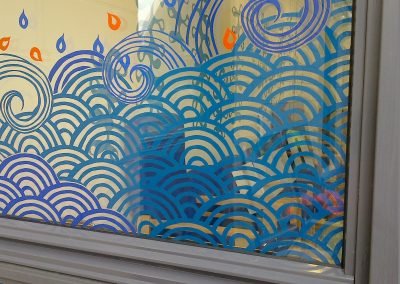 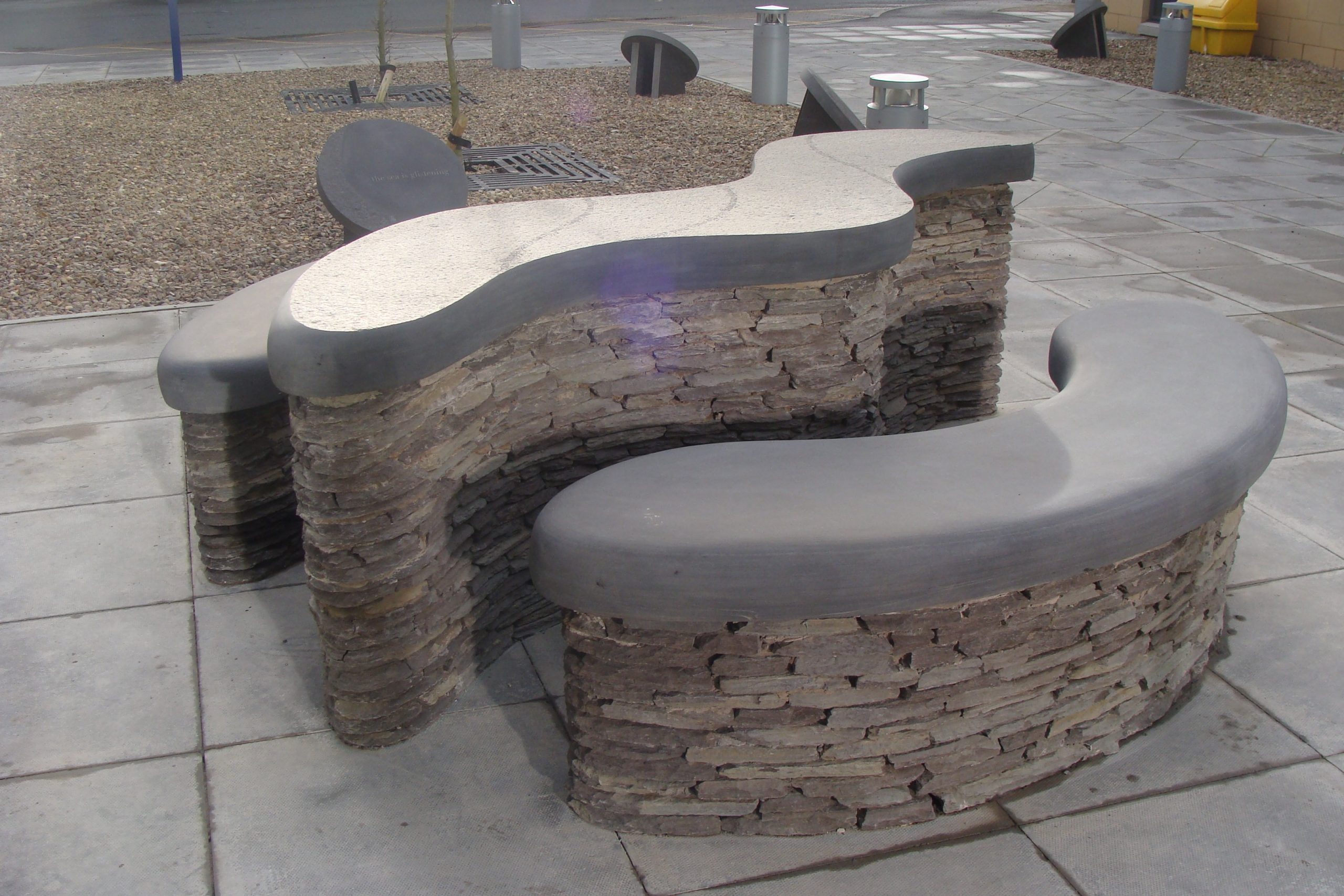 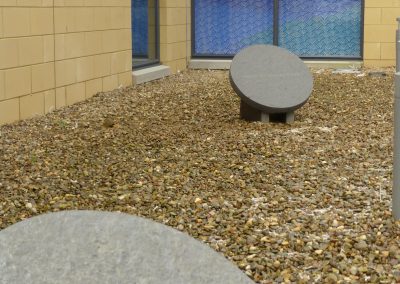