15 September – 11th November 2018
Buladeen is curated by Cliford Zulu, of the National Gallery of Zimbabwe, and features work by artists from the BUKA collective, which was formed as a result of a trip undertaken by GHAT in 2016 to Bulawayo, Zimbabwe.
Buladeen is an exhibition resulting from creative exchanges between Aberdeen and Bulawayo, Zimbabwe. In 2015, Aberdeen-based writer Shane Strachan was commissioned by Immpact, a global maternal health research initiative based at the University of Aberdeen, to write a play titled ‘A Mother’s Journey’. It was performed at both May Fest (Aberdeen University), and The Suttie Arts Space, and was attended by an obstetrician from two Bulawayan maternity hospitals, Dr Davidzoyashe Makosa.  Dr Masoka visited Grampian Hospitals Art Trust (GHAT), and was impressed by the artwork on display in Aberdeen Royal Infirmary, which then led to a research trip undertaken by Sally Thomson (GHAT), Sue Fairburn (then of Gray’s School of Art), and Shane Strachan. Cliford Zulu, assistant curator at The National Gallery of Zimbabwe, arranged with the group to meet with arts and health professionals at Mpilo Hospital and United Bulawayo Hospitals. Cliford and the artists have since created a new arts-in-health collective called BUKA, an Ndebele word which means ‘look at’.
Following a return visit by Cliford to Aberdeen in 2017, GHAT invited him to curate an exhibition of work by artists who are beginning to work with staff and patients on creative projects at the Zimbabwean Hospitals via the BUKA project. The resulting exhibition, Buladeen, features digital reproductions of original artwork, and is a starting point for considering the economical, practical, and environmental elements of showing the work of international artists at The Suttie Arts Space. It is exciting for us to continue these links to arts in healthcare work in Bulawayo, and this exhibition will hopefully be one of many future exchanges.
Buladeen is an imagined place, informed by the histories and contemporary concerns of both places, somewhere between Bulawayo and Aberdeen. Buladeen is the next step in opening doors and avenues of engagement between the two cities through Buka, the art in health collective inviting people to ‘Look at’. BUKA was initiated and inspired by Grampian Hospital Arts Trust in 2016 via the twinning of Bulawayo and Aberdeen cities, involving artists Danisile Ncube, Owen Maseko, Omega Masuku, Talent Kapadza, Aubrey Bango, George Masaria and Shamilla Aasha. Each artwork here in some way, wrestles with reconciliation or redemption, seeking common ground to start a lengthy dialogue through sculpture, drawing video and painting.  Over the years since the signing of the twinning agreement in 1986, the arts and culture shaped both cities and altered them dramatically. The concerns of the exhibiting artists – economic development, social tension, far-reaching ambition, a sense of inferiority and complacency, cultural fervour, failure and success – have coexisted since 1986 and still coexist. This exhibition is one way of looking at Bulawayo and Aberdeen, and can be interpreted and examined to understand their differences and communalities.
Cliford Zulu

Digital Prints are for sale in editions of 5. For more information please go to the GHAT shop.
Exhibition Handout 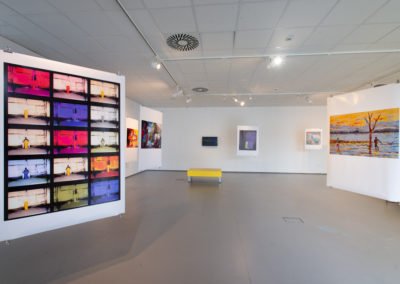 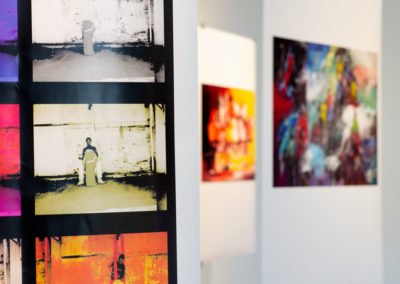 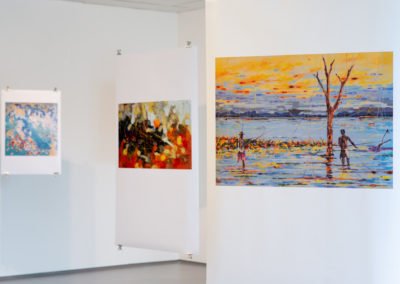 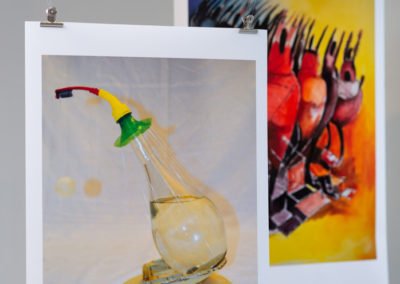 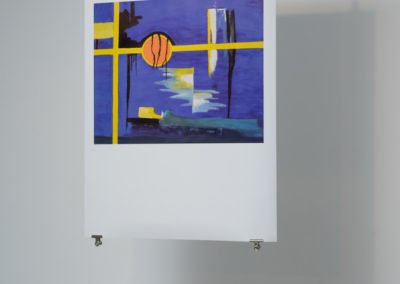 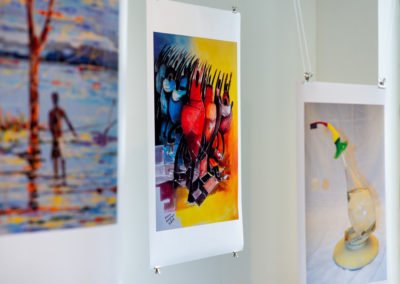 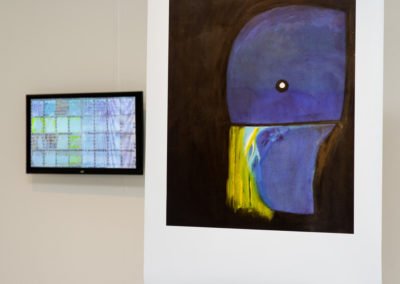 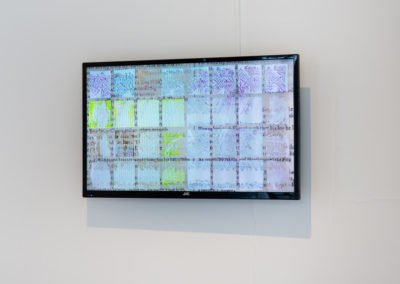 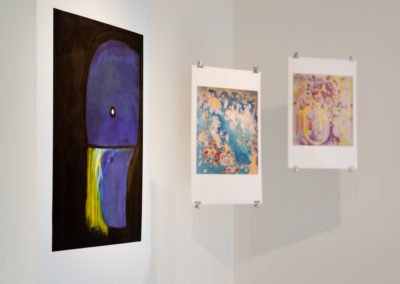 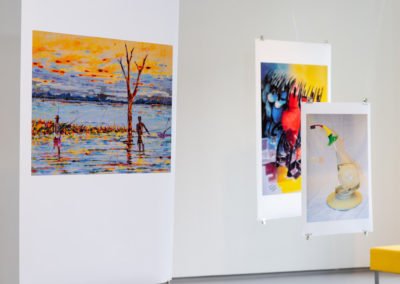 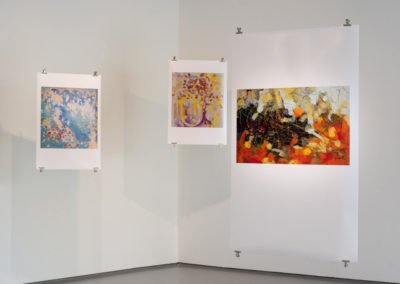 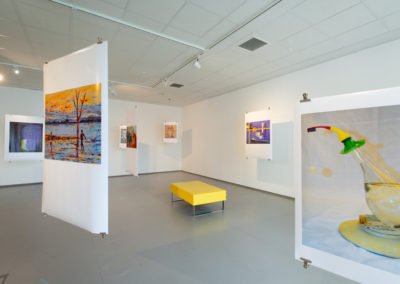 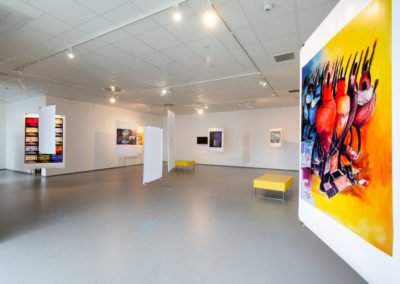 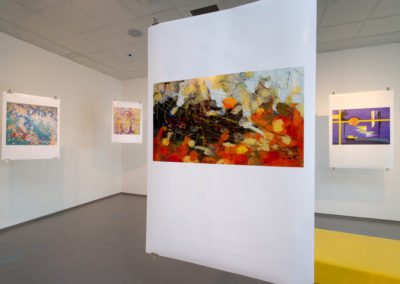 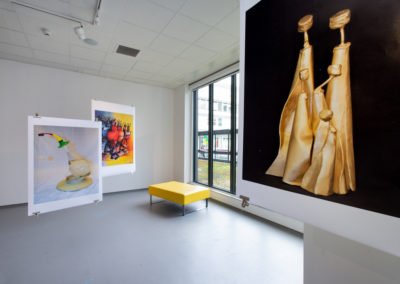 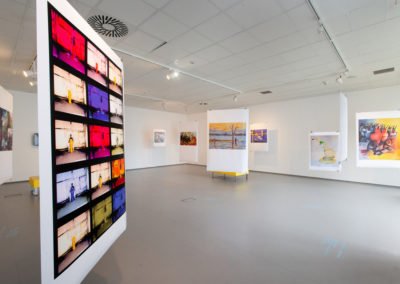 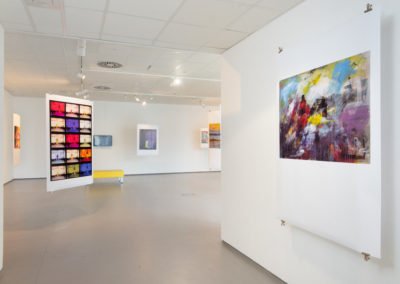 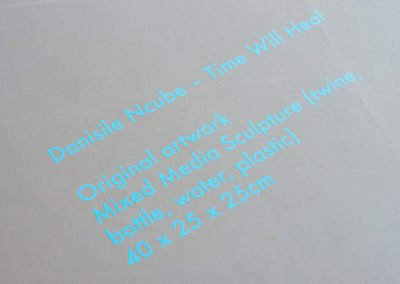 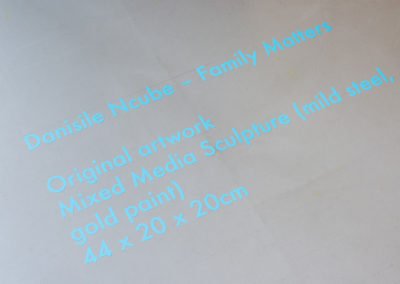 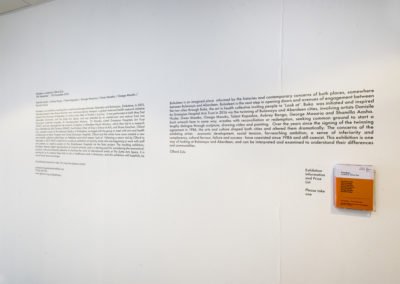